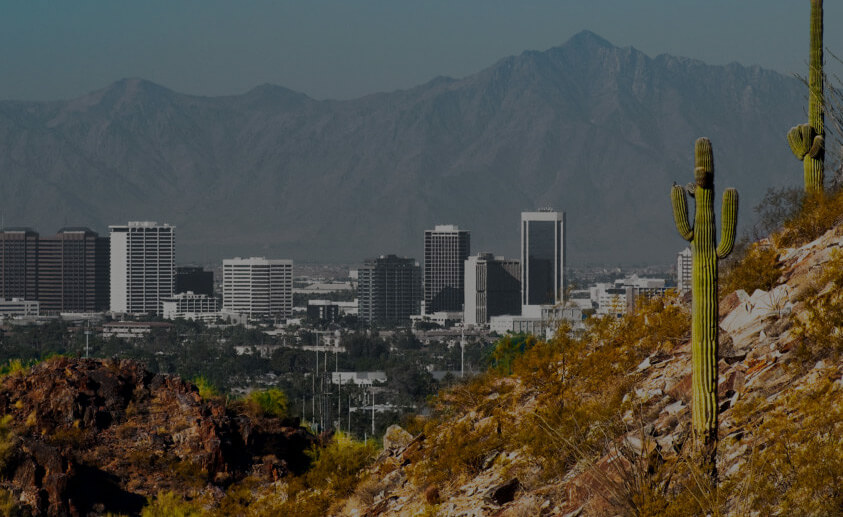 Low interest rates drove investors on a quest for yield in 2013, and commercial real estate investments continued to benefit from the trend. Both from equity and debt standpoints, capital markets have been active, providing evidence that investors and lenders believe the economic recovery is sustainable, at least within real estate.

The Phoenix metro commercial real estate market continues to improve, based on statistics from the Greater Phoenix Blue Chip Panel. Notable trends include increased demand for office space proximate to major business hubs. Housing growth has tracked with population increases and resulting improvement in the retail sector. The indications are that slow, steady improvement in the economy should persist into 2015.

In all commercial sectors, vacancy rates have improved thanks to job growth, positive leasing activity, and constrained completions. For example, vacancy rates in the office sector finished 2013 at a consensus of 21.4 percent, 250 basis points better than 2012. In a welcome change from 2011’s 25.5 percent, vacancy rates are anticipated to drop to 18.5 percent in 2015. (Note that figure remains above the 15 percent you’d see in a healthy office market.)

New construction is expected to be modest in 2014-15, while absorptions continue to increase. The Phoenix metro area saw a bump in overall new completions in 2013 at 4.2 million, which also added to vacancy rates. In 2014-15, speculative construction is anticipated to be considerably lower than 2013, with a shift toward build-to-suit projects. As new household formations spur retail expansion throughout the Valley, retail property construction is projected to continue its upward trajectory over the next two years. The Greater Phoenix Blue Chip Panel reports 2.5 million square feet absorbed in 2013 and 2.7 million square feet absorbed in 2014 and 2015. As a result, vacancy rates should drop below 10 percent in 2014 and below 9 percent the following year.

According to Integra Realty Resources, property fundamentals improved across all commercial real estate asset classes during 2013. Nationally, cap rates continued to compress, approaching or dropping below lows experienced in 2006-07.

According to the Bureau of Economic Analysis, real gross domestic product (GDP) increased at an annual rate of 2.4 percent from the third to the fourth quarter of 2013. The 16-day partial shutdown of federal agencies in October and weaker government spending weighed heavily on consumer spending. Business investment, however, showed improvement.

New equipment spending increased at the highest rate since third quarter 2011. Intellectual property purchases, including computer software, displayed the greatest increase since 2008. Thanks to slow but steady gains, the Rocky Mountain Poll stated that “consumers in Arizona remain about as optimistic toward the economy as at any time in the recent past.”

Consumer confidence—which measures attitudes about business conditions, the job market and family income—has remained at a low level since 2012, and is nowhere near the highs experienced in 2007. With the economy poised to improve somewhat during the next six months, consumer confidence should follow, although the impact on commercial real estate sectors remains an unknown.