The Great Acceleration: Retail Fails to Dress for Success 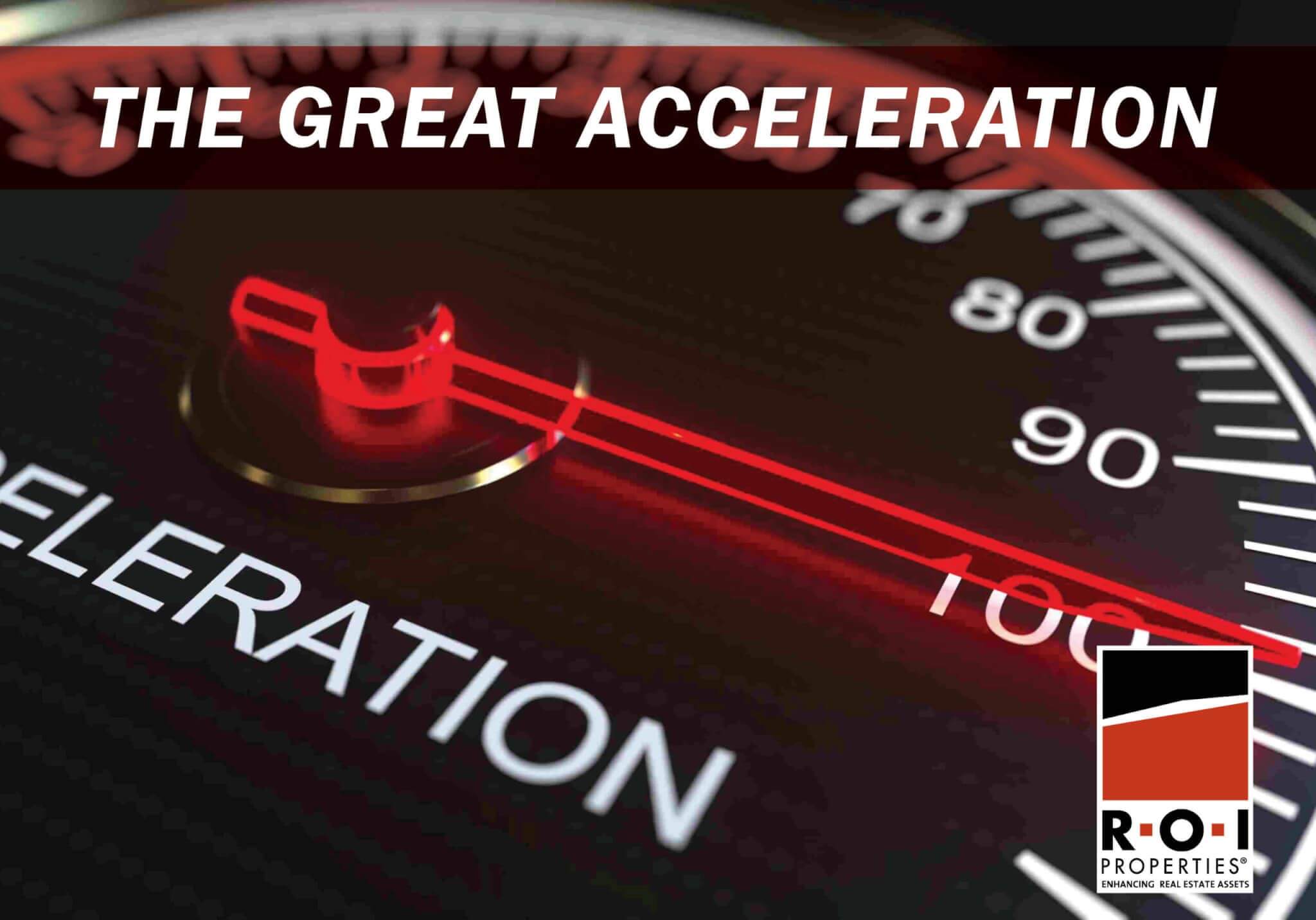 We kicked off our ongoing Great Acceleration series in July with a discussion about whether COVID-19 had changed retail for good. High-profile bankruptcies that month included Ascena Retail Group—the country’s largest retailer for women and girls, with brands including Ann Taylor, LOFT, Lou & Grey, Lane Bryant, Cacique, Catherine’s, and Justice—and Brooks Brothers, the largest men’s clothier in the U.S., which has been in business since 1818.

While August and September have not been quite as dramatic, there were several notable bankruptcies that resulted in hundreds of store closings and thousands of job losses. Casualties included Lord & Taylor, the country’s first department store, in operation since 1826; Tailored Brands, owner of Men’s Wearhouse, Jos. A. Bank, Moores Clothing for Men and K&G Fashion Superstore; and discount retailer Stein Mart.

What’s Accelerating the Trends in Retail?

It is tempting to blame the coronavirus for the failures in retail, but the reality—like so many aspects of commercial real estate in Phoenix and around the country—is that it largely accelerated trends that were already well in motion.

Changing consumer habits. Business casual gained popularity in Silicon Valley in the 1980s before migrating into the mainstream in the 1990s. In recent years, of course casual has become even more casual than a khakis/button-down combo. Stores such as Anne Taylor, Dress Barn, and others were focused on professional women, and failed to reform when it became clear women were not wearing suits. Brooks Brothers launched its more casual Red Fleece product line too late to overcome the dearth of men shopping for elegant, pricey office attire. Likewise, for Men’s Warehouse, it became clear that it does not matter how affordable suits, ties, and button-down shirts are if no one needs them.

Working from home. As an extension of the trend toward increasingly casual clothing, the longtime joke about working from home is walking around in pajama pants. While that may not be 100% accurate, the fact remains that working at home means less dressing up. Time will tell whether that results in further relaxation of standards as people return to a part- or full-time office environment.

Danger for malls. The convenience of online shopping had already hit the bottom line of many malls. Then the arrival of COVID-19 mandated the closing of retail spaces and decreased rent revenues. Even with recent loosening of restrictions for public activities, foot traffic is nowhere near full recovery. Many retail REITs have taken a battering: In August, CBL & Associates Properties Inc., one of the country’s largest mall owners, announced plans to file for bankruptcy by October 1.

Ancillary impacts. Between pandemic-required closures, working from home, and less fancy apparel in general, the dry cleaning business has suffered a one-two-three punch in the coronavirus era. If your button-down shirts get used for an hour or two a day on Zoom calls and spend the rest of the week on a hanger, your local dry cleaner is not going to see you as often. Note that this effect has spilled over into the commercial real estate market, with a number of dry cleaning businesses going up for sale.

Increased scrutiny on retailers. Whether it was complacency or simply not reading their audiences, many retailers failed to adapt. On a go-forward basis, there will be a premium placed on being in front of the consumer at all times and knowing what they are thinking next. Successful retailers will need to get there before their customers even know it, and leverage a combination of online and physical presence to leverage it.

As of the end of August, S&P Global Market Intelligence had recorded 44 retail bankruptcies in 2020—more than 2019’s total for the year and set to eclipse 2011’s 45 filings. The firm also noted names such as J.Jill, Destination XL and Christopher & Banks among the most vulnerable retailers.

Due to the coronavirus and other follow-on economic trends, the Phoenix real estate market is rapidly changing—particularly in the retail space. To put an expert advocate on your side for buying, selling, or leasing residential and commercial real estate, contact R.O.I. Properties at [email protected] or 602-319-1326.