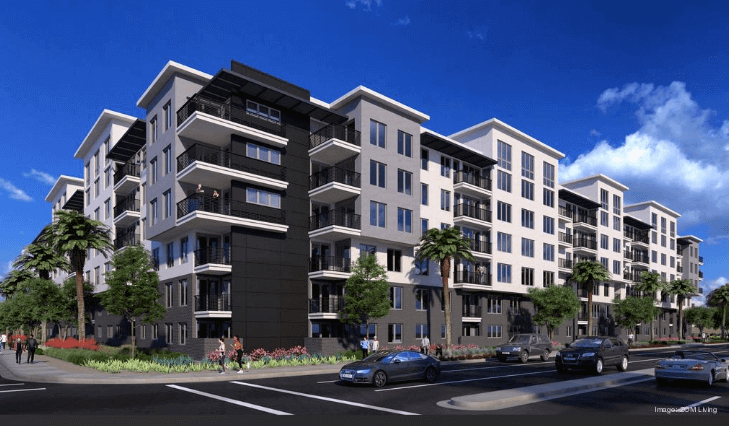 Orlando, Florida-based ZOM Living is making its Arizona debut with a $500 million investment to build as many as 1,600 luxury apartment units in metro Phoenix.

He said he’s attracted to the market because of its low cost of living, low taxes as well as employer and job growth opportunities.

“The housing demand is a huge attraction,” he said. “I think Phoenix is particularly thriving.”

Plus, he said, “people are coming to Phoenix in droves,” pointing to a quick study he conducted of U-Haul truck rental costs.

A medium-size U-Haul truck from Los Angeles to Phoenix costs $1,483, but the same size truck rented on the same day from Phoenix to LA would only cost $219, he said.

While this first acquisition of four parcels totaling 33 acres throughout the Valley will lead to the development of up to 1,600 luxury units, West said he’s only just begun.

“Over time, we would hope to start construction on 1,000 units or more every year,” he said. “We want to be a substantial part of that market for the long term.”

Jason Haun, ZOM vice president who will oversee development efforts in Arizona, said units will range from 800 square feet to 1,100 square feet, depending on the area of town where ZOM is building.

ZOM bought 33 acres out of bankruptcy proceedings in Phoenix and Scottsdale, he said, paying $82 million for the four parcels.

According to Vizzda LLC real estate database, ZOM acquired the property of out of a bankruptcy sale where David Reaves was acting as trustee.

West said he does not typically buy parcels out of bankruptcy, but when he heard about the bankruptcy auction, he decided to bid, considering the land parcels are in some of the strongest submarkets of the Valley.

Two parcels totaling 26 acres are in the Desert Ridge area along Loop 101 and 56th Street, where 600 multifamily units will be built.

ZOM also won 3.74 acres north of the northeast corner of Scottsdale and Camelback roads near Scottsdale Fashion Square and Scottsdale Entertainment District in Scottsdale, where the company will build 749 rental units within two to three buildings.

Another highly coveted parcel at Highland Avenue in 24th Street is about two blocks away from the Biltmore Fashion Park, where plans call for building 300 units on that 2.92-acre parcel.

Don Arones, managing director of Cushman & Wakefield, who led the sale, said he’s glad to see a quality company like ZOM putting these properties into production.

“These are some of the finest development sites for multifamily as well as limited commercial use in the Valley,” Arones said.

These type of bankruptcy sales for land are not that common, he said, adding that he hasn’t seen any uptick in these sales as a result of the pandemic.

“Nor do I believe this sale is indicative of any such trend in real estate sales in our marketplace,” Arones said. “A particular circumstance of this property dictated it was a sale at auction.”