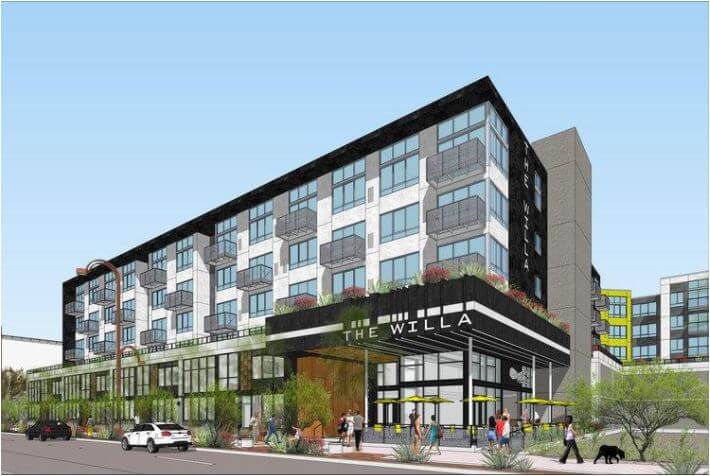 A Los Angeles builder has bought land in downtown Phoenix with plans for infill housing.

Daniel Bernstein & Associates bought just under half an acre at First and Willetta streets on the north end of downtown Phoenix just south of McDowell Road. The land is north of the Burton Barr Phoenix Central Library and along Metro light rail.

Daniel Bernstein & Associates bought a small adjacent parcel last year. The San Fernando Valley-based builder did not respond to requests for comment on its plans for the land.

Justin Cirell, vice president with R.O.I. Properties, helped to broker the deal and represented PSB along with Beth Jo Zeitzer. Cirelli said DBA is planning a residential project, possibly with some ground-floor retail. “It’s going to be residential,” he said.

The parcels are adjacent to a new apartment development under construction. The Willa is a 229-unit apartment complex being built by Tilton Construction, Hunt Cos., Civitas Capital Group and Ryan Cos.

The Bernstein company has a number of infill housing developments in Los Angeles.

There are a number of new infill and multifamily housing developments either finished or under construction in downtown and midtown Phoenix along Metro light rail.

Valley Metro CEO Scott Smith said at a recent transit conference the light rail system and its link to jobs in downtown Phoenix and Tempe has helped spur more housing along the line.